🏠 ‣ Articles ‣ Spiritual Intelligence ‣ Bible: Not A Book To Debate With


Bible: Not A Book To Debate With 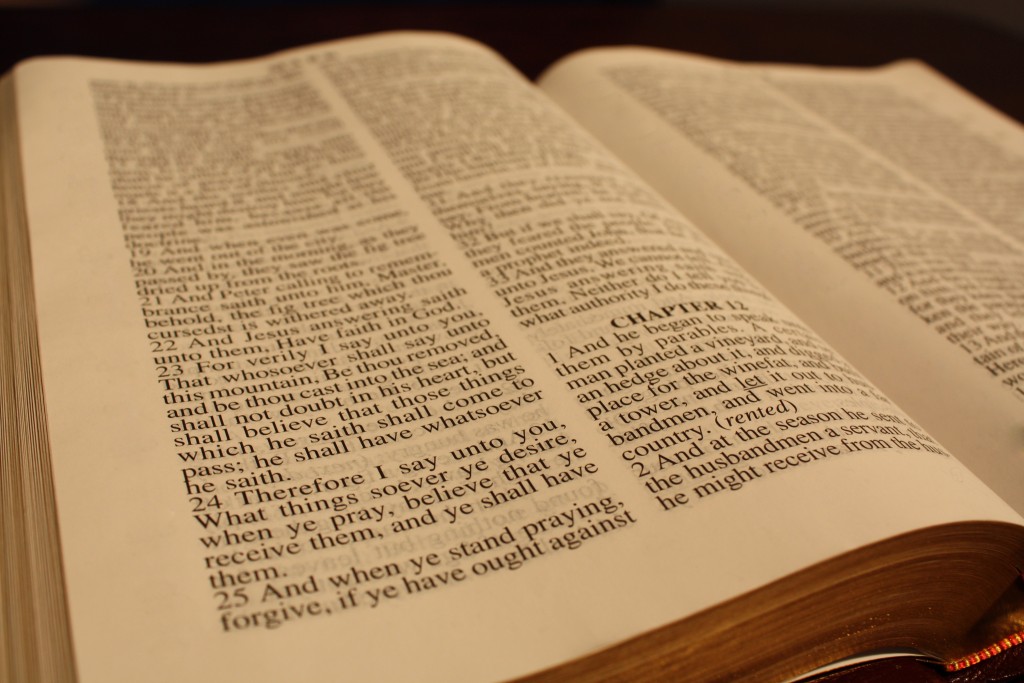 In the midst of the  Miriam Quiambao and the LGBT community misunderstanding, I shared a link via twitter  to a post that suggests a sober approach to the issue. I did that because I believe the best way to move on is to agree to disagree and peacefully co-exist.

One person responded to my tweet, and pointed us to a facebook page where an “open letter to Miriam Quiambao” was published. The person, as I understand the tweet exchanges, would like me to react to that letter as a Christian who is standing by the side of Miriam.

Before I proceed, however, I would like to make this disclosure:

Likewise, my objective for writing this post is not to convince anyone  (we are free to think or believe the way we want to) or fan the flame, the issue had died (I think), so let’s all move on and be happy. This blog post isto share a commonly accepted framework of Bible interpretation. But, I  will not answer point by point the issues raised on the letter. I believe the Bible can stand on its own  and do not need me to defend itself.

So how do we read and learn from an ancient book?

Unlike other religious book, the bible is unique because it is written for over a period of 1500 years by 40 different writers, which include a Government Official, Military General, King, Shepherd, Medical Doctor, Fishermen, Tax Collector. It is written in three different languages, Hebrew, Aramaic and Greek. It is also written in different times- victory, defeat, freedom as a nation, under the rule of another nation.

The amazing part is this, though the writers  do not know each other and lived in different times, they all speak in agreement to one central theme: Old Testament -> looking forward to the coming of Jesus as savior; and the New Testament -> looking back to what Jesus accomplished on the cross.

To non-christians, this is but a collection of different literature containing cultural and historical information, and fiction in some story.

To Christians, it is a source of wisdom for guidance, hope for a better tomorrow, encouragement despite of failure, fuel to change the not so good behavior, so on and so forth. This is so because we believe the scripture is inspired by God.

All Scripture is God-breathed and is useful for teaching, rebuking, correcting and training in righteousness- 2 Tim 3:16

Beyond the graphic description of war, prejudice, sexual perversion, sorcery and alike, is a lesson and principles that students of the bible should take note of. It is written as it is with no censorship, as lesson for the rest of us who are not around during that time.

Why are there different interpretations of the Bible?

There are different schools of interpretation, I would like to name at least two where readers can easily relate to. LlBERAL vs. LITERAL

Why even among professing Christians, there are different interpretations?

The real author of the bible is God, thus, there is only one message. However, there are different applications to the same message, it depends on the unique purpose in life of each believer. This applies to Christian churches too, and this explains why there are Christian groups under different denomination/affiliation.

How do we interpret the Bible?

The science of interpreting the bible is called “biblical hermeneutics”

It is knowing how to properly interpret the various types of literature found in the Bible. For example, a psalm should often be interpreted differently than a prophecy. A proverb should be understood and applied differently from a law. This is the purpose of biblical hermeneutics – to help us to know how to interpret, understand, and apply the Bible.

If a person decided to read and learn from the Bible, and instead of  getting answers,  ended up with more questions, please note that the following principles when applied correctly, can clear issues on alleged contradictions.

We take the Bible at face value,  this is the common sense approach.

The golden rule of interpretation is: “When the plain sense of the scripture makes common sense, seek no other sense.”

For example, when the bible says

There is no other interpretation for this than the literal one.

For the passage below however, other hermeneutical principles should be looked at as the literal interpretation defies common sense.

A student of the bible will have to ask the following Qs to decipher the intended meaning:

The likely message on the verse in question is to challenge and prove the wrong teaching of the religious leaders then.  Because castrating our body will not change the sinful nature of the heart that causes us to sin. i.e. A one eyed person will be tempted to look at a woman lustfully as a 2 eyed man.

Likewise, the literal interpretation contradicts another passage where Christians are given direct instruction to honor and respect God in his body.

Do you not know that your body is a temple of the Holy Spirit, who is in you, whom you have received from God? You are not your own; 20 you were bought at a price. Therefore honor God with your body. – 1 Cor. 6:19-20

Living right is better than castrating our body.

In the absence of this principle, a single verse or phrase can be taken out of context to “prove” a particular view.  When reading a verse, it must be interpreted according tor the verses immediately before, after, and around the passage. It must be interpreted within the framework of whole Bible.

Contextual interpretation:  IF Jesus is not raised from the dead, Christian faith is useless and there will be no resurrection for all. If this is the case, then we might just live the way we want to because there is no life after death- no reward or punishment. Please read the whole chapter 15 of 1st Corinthians to understand the context.

The Word of God is to be understood from the Old Testament to the New Testament as a flower unfolding its petals to the morning sun. God initiated revelation, but He did not reveal His truths all at one time. It was a long and progressive process.

A good example for this are the foods described as “unclean” in the Old testament. But Jesus, on a later date, declared all foods are clean.

The Bible was originally written in three languages:  Hebrew, Aramaic, and Greek.  While we have several highly accurate translations of the Bible in English,  the study of word meanings, grammar, and syntax of the original languages is important for a proper understanding of Scripture.

Great sermons are birth because teachers take time to dig the original words used when that passage was written.

The Bible was composed in a specific culture at a particular point in time.  While they are universal in application, the truths in the Bible can most fully be realized only when taking the surrounding culture and history into account.

Example: Luke 23:34 – Jesus said, “Father, forgive them, for they do not know what they are doing.” And they divided up his clothes by casting lots.

It was thought that this prayer was offered for people of all generations, but careful consideration to the historical and contextual merit of the passage will indicate otherwise. The prayer was offerred to the roman soldiers who are casting lot on Jesus under garments. It was the practice at that time for the Roman soldiers to get the personal belongings and garments of the convict for carrying out the penalty of the crucifixion.

Now, this is the most important part of Bible interpretation: the spiritual aspect. Students of the Bible should go beyond the human system of thinking.

The purpose why Christians are encouraged to read the Bible everyday and  pray, is to grow spiritually and become like his Saviour.

In my opinion, to be called a Christian is scary, because it means  Christ-like. A Christian is like Nemo in a fish bowl, being watched and observed, rightfully or wrongfully. But Christians are human beings too, subject to the same pressure as everyone else.

I am a Christian and I am not perfect, I face the same temptation as other people are. And at times, do the same silliness. I dare not say I am better than anyone because I am but saved by “grace”.

What differs a Christian is the grace “factor”. This grace is the consequence of the cross. The same grace refused to accept the status quo and this fuels those who believed on Jesus to change. This explains why there are certain things that a Christian used to do but dont do anymore.

A Christian have figured out that after succumbing to a temptation, the feeling is ugly. So a Christian embarks on a journey to personal change, and there is only one way to do that- we will go back to the  BIBLE

How can a young man keep his way pure? By living according to your word… I have hidden your word in my heart that I might not sin against you” – Ps. 119:9, 11

But this “grace” is not a license to be self righteous, rude, arrogant or prejudicial. And this grace is non exclusive, “everyone” can avail this at the foot of the cross.

Why the Literals see the Bible differently than the Liberals?

There are many reasons, but I guess the one that spells the difference is Faith, “our choice to believe”.

Knowledge begins with respect for the Lord …    Proverbs 1:7a (NCV)

I would like to close this post with this thought, IMO, the Bible is not a tool to beat people, to argue and debate, but a platform for “personal transformation”.

the verses need to be interpreted according to the context– and if its done this way, the reader will realise that the verses is not in conflict w/ each other.

and yes, the Bible is meant to enlighten, empower and change those who believe to a life of victory