When A Takeover Manager Fails, Who’s At Fault?

Health Secretary Duque is under fire because of the COA report. A takeover managers’ fault? 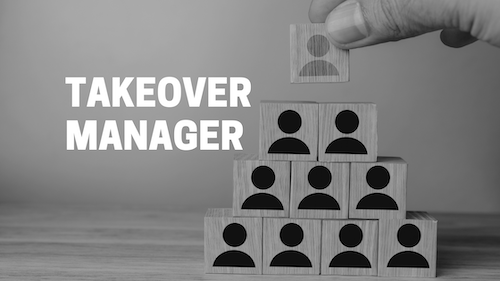 Secretary Francisco Duque III is the appointed takeover manager of the Department of Health, during the administration of PRRD (President Rodrigo Roa Duterte). Prior to this, he was the head of the Civil Service Commission during the term of PNoy (President Noynoy Aquino), and also Health Secretary and Philhealth prexy during the time of PGMA (President Gloria Macapagal Arroyo). He has no issues with incompetence or corruption in his past stints and even led the Philhealth and the Civil Service Commission to several milestones.

The DOH, under his leadership during the term of PRRD, came under fire,  mainly because of the handling of the COVID-19 pandemic, and lately because of the COA findings. Was he to blame for these issues? Should he take the accountability alone?

I remember in the past, an acquaintance approached me and requested a list of organizations that can receive supplements and medicines that are near expiry. I was mad learning that there are millions worth of medicine about to go to waste when there are equally millions of Filipinos in need of medicines. Just hang out in the vicinity of Ospital ng Maynila, someone will approach you and beg for money to buy medicines. Just check the PCSO, office of the Mayor, Senator, or Congressmen and you will find a request of an indigent requesting assistance for medical reasons.

I thought then, why the bright minds in DOH can’t prevent this from happening, was it incompetence? Lack of malasakit? Apathy? Or all of the above?

I had this assumption before that most government employees were incompetent or lacking the same due diligence and sense of accountability that their counterparts in the private sector have. But my impression was changed when I met officers of the civil service commission. I experienced firsthand their professionalism. In fact, the commission has a competency development plan for government employees, which incidentally Duque was heading at that time.

During the PH hosting of the ASEAN, I also met employees at the PCOO who were graduates of top-tier universities. And the few that I have continued communications with even after the ASEAN hosting, I am a witness to their dedication. But politics made them look bad.

To put context on the DOH issue, in my lens it is about a takeover manager caught in the cross-fire of politics and the bureaucratic system. In fairness to DOH, the LTFRB has equally disturbing COA findings. Imagine, only 1% of the allocated ayuda funds were received by the drivers. Imagine, these drivers begged just to survive during the 1st season of the lock-down.

A takeover manager is a newly hired or appointed leader of a fully established and operational unit or department.

S/he is expected to bring improvement to both productivity and processes of the department s/he was assigned. Given that change will be introduced, resistance from direct reports is not far behind.

A no-nonsense combination of assertive and transactional leadership might be needed to initiate change. But the cultural expectation that takeover managers should gain ‘first’ the support of direct reports can cloud her judgment. Should s/he delay change to please affected direct reports who can also make her life difficult, or effect immediate change and rock the boat?

I have not been in Gov’t service so this is more of an opinion based on peer feedback and experiences.

A client from the construction biz said debasement in DPWH does not always happen at the top because it was embedded on the operations level. So regardless of who is the Secretary, the systemic corruption continues. This convo took place during the term of PNoy when I enthused DPWH to this client for being less corrupt.

A friend who is connected to a newly elected mayor invited me to be head of this LGUs HR. When I asked about the vacancy, she said the current officer has lost the moral ascendancy to lead because of the compromises involving the department.

I’m not sure what it is, but it appears that a handful of those who received permanent status in government service developed apathy and lost their sense of accountability and/or urgency in the process. Just look at the grievance of health workers who have yet to receive what is due for them, hospitals who have unpaid debts from PhilHealth, and the drivers who have not received their ayuda. If concerned public servants have empathy and a sense of urgency, we won’t have these audit findings now.

Or probably it is not the people, but the entire system is fucked-up.


Because of these, before appointing or hiring takeover managers, due diligence dictates that HR should:

Going back to the situation of Sec. Duque, while there is merit to hold him accountable, there is so much politics in the conversation that you need to filter the message and separate the hidden motive. In other governments, when similar issues were thrown to their leaders, they step down. In this case, should Sec. Duque do the same?

At the very least, in my opinion, he should offer to leave, but the decision to accept will be deferred after due process is observed. This is to give him the opportunity to address the issues and to objectively determine if indeed, there is a basis to ask for his head. The Filipino people deserve to know the truth in a manner that is respectful of the rights of all concerned.

And to some politicians using this issue to score pogi or ganda points, should equally run after the direct reports of Duque who have a hand in the audit findings. These people should not go scot-free at the expense of Sec. Duque.

What about you? What is your take on the issue?

A happy life starts with the heart.
Let's celebrated dads day in the Fathers' house. Blessed Sunday everyone!
Anxiety and depression is real, love yourself and take care of your mental being.
Slumped with challenges in a busy Wednesday? Take a break and whisper a thank you prayer to heaven
Have a productive week ahead, people!
As duty bearers of industrial peace, HR pros who recognize and integrate Filipino core values in organizational culture and employee engagement contributes to nation-building