I hope the Philippine media will have a self imposed moratorium to free Pacquiao from unnecessary interviews, for the time being. The guy is nursing a bruised ego, so what do we expect to hear from him? Hoping likewise, that the media exposure will not fan the issue that he was cheated, denied medication, harassed and therefore, demand a rematch. There is a proper time to bring this up because by pushing the issue now, Pacquiao will only look like a sour loser and a fool. The dignity of our pambansang kamao should be our primary concern.   To the people inside the circle of Manny, please influence him to be gracious and gentlemen in defeat. The allegations of cheating and harassment could be true, but now is not the time for that.

To Manny, you are still our champ despite your loss. Please take time to rest and reflect, so you will have a more calculated response to media.

Team Pacquiao and the Philippines is still hurting from the masterful dominance of Floyd Mayweather Jr. to our pambansang kamao, Manny Pacquiao. As an offshoot to this unfortunate outcome,  the Philippine media reports the sentiment that PacMan is a victim of cheating or conspiracy, and Mayweather is not a worthy champ. The negative emotion may linger for a while, and if not careful, this will shape our opinion and join others to use hate speech (cyber lynching). This only bolster suspicion that ours is a nation where no one loses in a competition, only cheated. 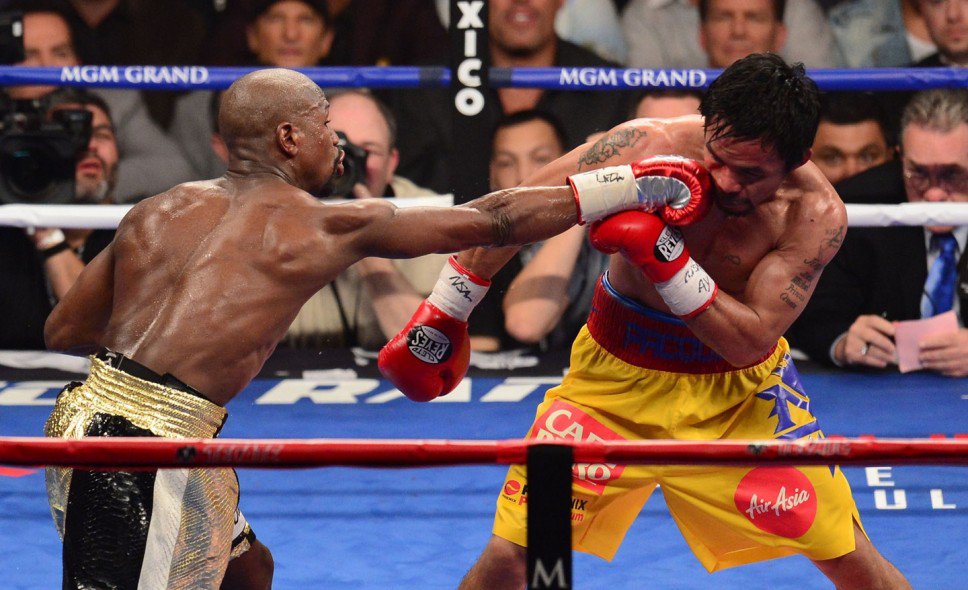 The promoters successfully marketed the event as the fight of the century, breaking all financial records. Likewise, spin doctors (probably from Top Rank) successfully made the boxing event as battle of good and evil. This is the reason why half in the boxing community and public opinion would like to see Manny whip the ass of Mayweather. In the realm of sponsorship, because of Floyd’s history of violence against woman, it turned away some brands. On the other hand, because Manny is humble, pious and a philanthropist, he is liked by the public and regarded as the people’s champ. This public image was reportedly the reason why notable brands would like to be associated with him.

Fans and analysts alike were not happy because the fight did not live up to its hype. Mike Tyson summed it well, he tweeted:

While Philippine media reports  the cheating or conspiracy theory, its foreign counterparts handled it objectively. They agreed that one judge may have erred in scoring, but the fact still remain, Mayweather won. And the boxing community is now more accepting to his claim as TBE,  or the best ever.

And here is the twist

During the promotions period, Mayweather is surprisingly subdued and behaved. But come fight night, he delivered.  After the victory, he is graceful enough to acknowledge Pacquiao as a true champ.

Mayweather’s boxing IQ made the sport less barbaric, but half of those who love boxing hate him for this. Society, despite our technological advances, is willing to spend big money, just to see people hurt and beat each other.

On the other hand, Pacquiao because of his charisma and ferociousness inside the ring, made many believed he can dent the record of Mayweather. He also bolstered that belief by claiming he and coach prepared and are ready for the style of Mayweather. He also claimed that his killer instinct is back. Unfortunately, he came out short and the killer instinct is nowhere to be found.

He also came across as  unsportsmanlike because during an interview, he said, he thought he won. Indirectly, he fanned the idea of unfair judging.

Add to that is the disclosure that Pacquiao fought injured and was not permitted to inject painkillers. Though true, this is not the right time to raise this because it leaves a bad taste.

A knock out in the making

If Mayweather will remain true to his word to relinquish all three titles, and give the younger generation a chance, this will serve as the knock out punch that no one saw coming. A good move to win the PR war.

On the other hand, if team Pacquiao can’t handle a bruised ego, and allowed themselves to be influenced by biased sentiments, they may end up saying or doing things they will later regret.   This can cost Manny the endorsements, sponsorships and goodwill he earned.

How we can help Manny Pacquiao

In my opinion, we can help by praying for him, acknowledging his gallant stand and by not fanning the flame of cheating or conspiracy. Lets give him the quietness and space he needs to reflect and sort things out. In a few weeks, he’ll be able to figure out what went wrong, and chart his next steps.