Do Filipinos have the lowest IQ in ASEAN?

While results of these tests can or will be contested or denied, it will not harm if the educators and academians will work on improving our scores. Besides, we are already in an era of multiple intelligences, and IQ alone will not define a person. This article is currently on the top ten most visited pages of this site since last week. There seems to be an uptick in searches about “Filipino IQ” and “Stupid”, in relation to the result of the 2022 elections.

This is consistent with discussions in some forums in which voters’ intelligence is being blamed for the election results. And suggestions to change the constitution to set a higher qualification for both voters and those seeking the electoral posts to avoid what happened in the 2022 elections are being floated around.

Honestly, I entertained that thought too when ERAP won the Presidency until EDSA 3 happened.

I realized that a better way to deal with this group is empathy, along with improved education and effective social services (. Done writing! Read Empathy Makes Good Thought Leaders.).

I’m browsing the morning news when I chanced upon this report from ABS CBN. Despite the Philippines’ robust economic growth, it has failed to lift the labor market where many are trapped in low-paying and unstable jobs.

This reminded me of the press briefer held by the Philippine Marketing Association for their 47th National Marketing Conference, dubbed Hello ASEAN.

What caught my attention is how Vietnam has progressed, 50 years since ASEAN was founded, and managed to have the lowest poverty rate. Compare with the Philippines, PH is only better than Myanmar. 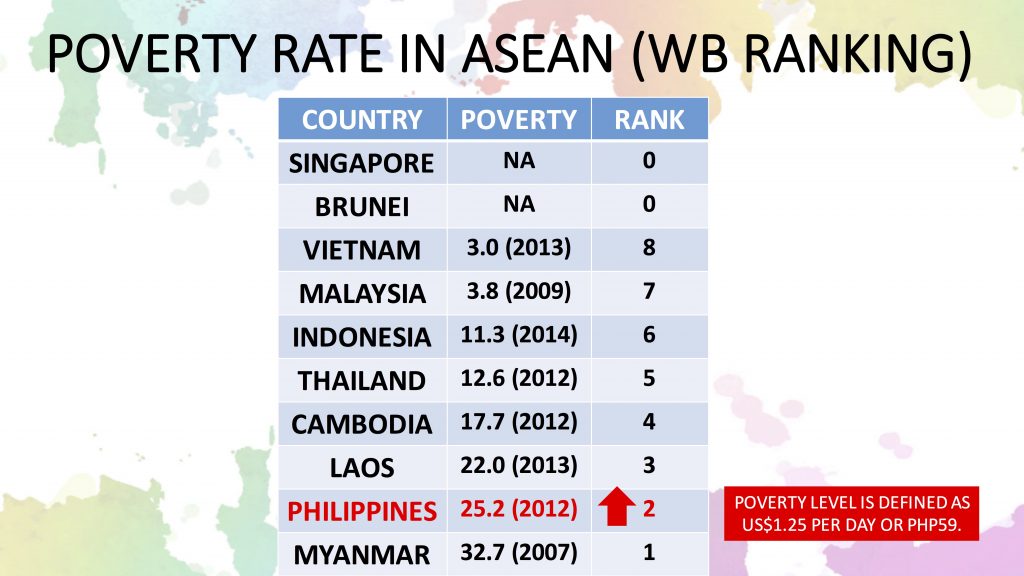 Furthermore, Vietnam successfully increased the IQ level of her citizens, and became 2nd only to Singapore. While Filipinos was reported to have the lowest IQ in ASEAN In a business forum I attended three years ago, Finance Secretary Cesar Purisima said that the greatest asset of the Philippines is her young population. A younger population can mean higher productivity, with more wealth created to support senior citizens. Sec. Purisima further said the government will pour more funds to education to make it accessible to the underprivileged. This can lead to a higher IQ which can open opportunities to high quality and high paying jobs. 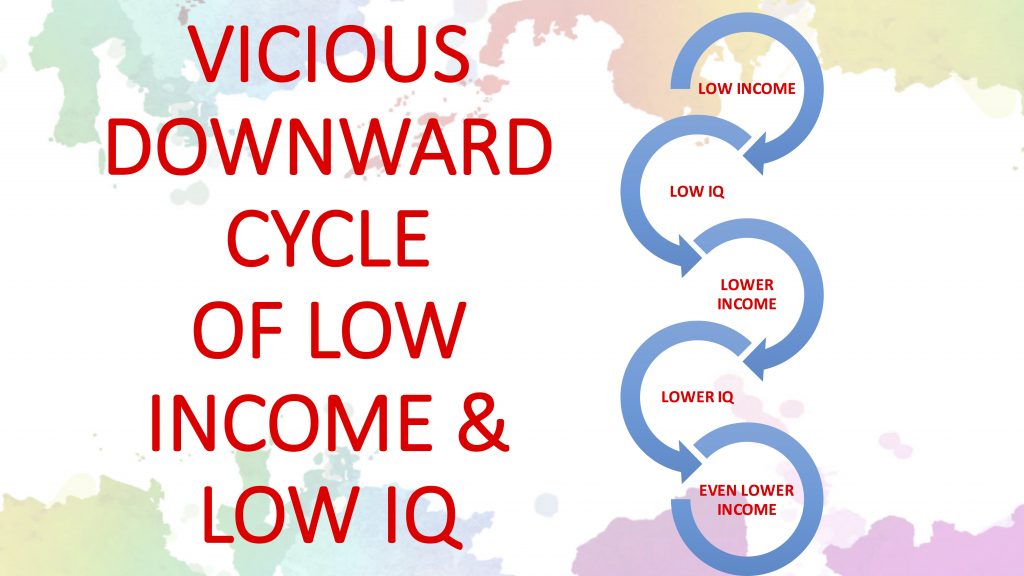 Refuting the allegation that Filipinos are idiots

Reposting here an article from Reddit to refute the allegation:

It turns out that no matter where you may have seen that statistic, the source is ultimately the 2002 book IQ and the Wealth of Nations by Richard Lynn. It argues that differences in GDP between countries are explained largely by differences in average IQ. There’s also a bit of racial stuff in there, and that combined with the author’s history of advocating eugenics and scientific racism significantly undermines its credibility. It sort of doesn’t matter though, because Lynn didn’t measure IQ himself, but rather compiled and adjusted old data then ran a regression with national average IQ as an independent variable and real per capita GDP as an outcome.

And the one and only source about the Philippines cited in Flynn’s book is the journal article “Some Differences in Cognitive between Selected Canadian and Filipino Students” by Flores and Evans, 1972. Here is the (no longer available) to the complete article. If you read through it, you might notice that nowhere does it estimate the national IQ. This is because such an estimate was completely outside the scope of the article, which only sampled students at two schools in Manila

With the K to 12 program rolling out this year, the quality of education is being addressed (crossed fingers). Unfortunately, free quality education for all is still a dream. And with NEDA alarmed with the high percentage of youth inactivity, we have a serious problem ahead.

If the survey result is reflective of reality, then stakeholders on education, maternal, and child health should get their acts together to address this alarming report. Pointing fingers and bashing will bring no good.

[…] fizzled out. Under Duterte, engaging bloggers outside the DDS circle flourished until the end of ASEAN 2017.   […]