This is one of my fave quotes:

Choose a good reputation over great riches; being held in high esteem is better than silver or gold. Proverbs 22:1 (New Living Translation)

And in this light, I thought of sharing a delightful experience from one of the brands I looked up to- Microsoft.

I once wrote about a crappy experience with the brand because customers (like me) were affected as they align and streamline their business units,  after they bought Lumia from Nokia. It’s not a rant because I shared my observation and gave an unsolicited advice to address the problem.

Because a season cannot keep a good brand down, from a crappy experience l had a few months ago, Microsoft bounced back and gave a delightful after sales and customer support.

Before I share what Microsoft did, let me give you the back story so you can share with my happiness.

Though we own an iPhone, iPad, and several Android phones, I’m “attached” to my Lumia 1520.  Maybe its because of Cortana and the Camera; Or maybe because my first connection with a smartphone is with the windows operated Amazing Phones 1 & 2.  And from there on, I’m with the platform every step of the way- with Windows Phone 7, I had HTC Mozart;  with Windows Phone 8, I have Lumia 920 and 1520. And I’m looking forward to the successor of either 1020 or 1520 to continue my journey with Windows 10 Mobile.

My Lumia is both a productivity tool- for my work and advocacy;

and a toy-  for my hobby on mobile photography (sample shot below). Needless to say, when my unit is out of commission, I felt the void even though there are alternate devices. Since 1520 is no longer in the market, buying an extra unit is not possible. Besides, I would rather wait for the next flagship before I spend money for another phone

Now let me share what Microsoft did and why I thought this is delightful.

My L1520 acted up a few times during the warranty period, and here’s how Microsoft responded each time I contacted them:

First, I had an issue with the digitizer- ghost swipes and touches; the camera was zooming in and out like crazy, and Cortana and other  are apps opening on its own. Because of this, I cannot use my phone decently.

Microsoft responded by repairing the unit in two days time, and replaced the affected assembly.

Second, a similar issue resurfaced after 3 months. This time it had a dancing camera effect- resulting to a blurry photo or shaky video.

Microsoft responded by replacing the unit with a new one, in two days time.

Third and just recently, my 1520 failed to power-up and not responding to hard reset.

I’m dead worried because WPRT cannot detect my phone. Microsoft responded by again replacing my unit with a new one. I received the unit (picture below) in 3 days time. 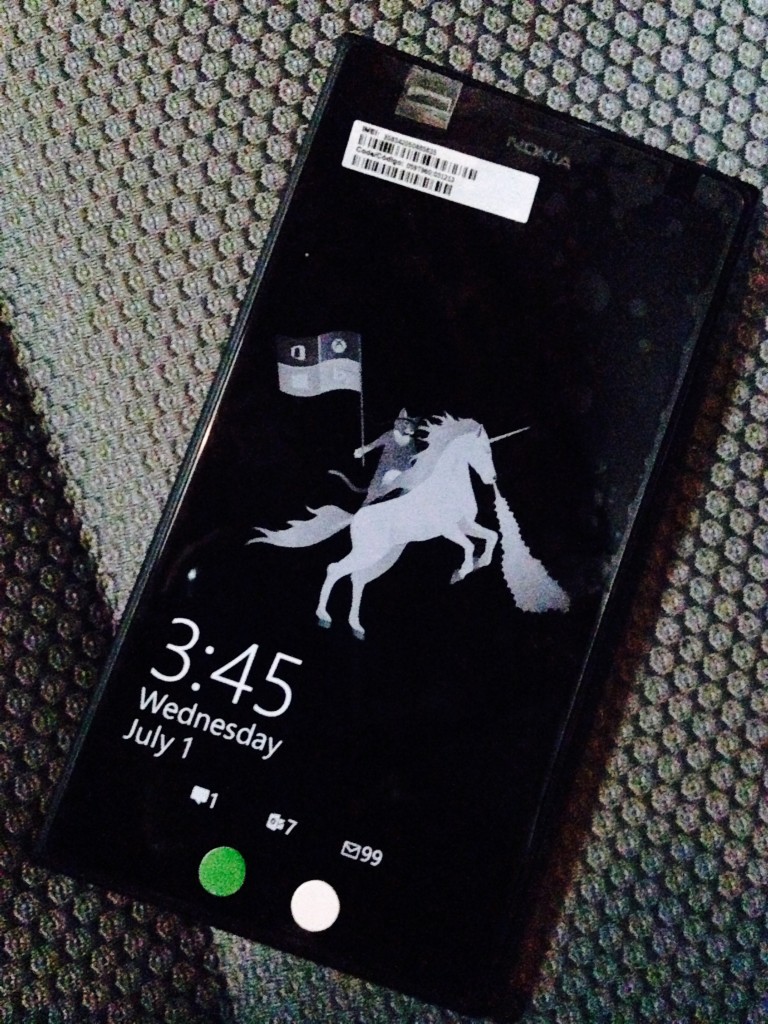 My New Lumia 1520; photo taken with an iPhone

Some would say that 1520 is a lemon product, I beg to disagree. But I’m not blind either to not notice some engineering and design issues. But the positives far outweighs the negatives, so let us live it at that. Besides, this is not the purpose of this post.

Now, going back to the gesture of Microsoft, no doubt, they have one happy customer here.

Special shout out to the people who attended to my concern, you know who you are guys. Thank you very much!

We all have bad and good experiences with the brands we looked up to, care to share both stories?