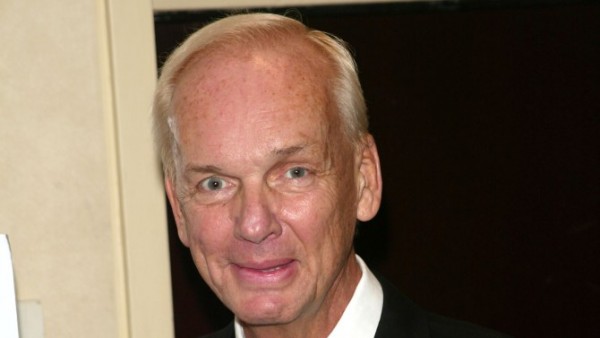 Bud Paxson is a pioneer in media industry. He and a partner founded the Home Shopping Network and grew the company until it was earning over a billion dollars a year. His success seemed pointless; however, this low point changed Bud from the inside out, and he emerged a renewed man eager to make his life count. The result has been the birth of PAX-TV.

PAX-TV is the nation’s seventh and newest broadcast network. “Our network is dedicated to providing family television, free from gratuitous violence, explicit sex and foul language,” says Bud. “Since 1998 we’ve worked very hard at PAX-TV to show that you can be successful and make money in American television by providing programming that is wholesome and entertaining, and I’m very proud of that.” It has become a growing and profitable venture and it is available in 89% of America’s homes.

As a teenager, Bud’s first job was retrieving records and delivering coffee for disc jockeys. During his four years at Syracuse University he was a radio announcer at several local stations. In 1956 he bought his first radio station, WACK in Newark, New York. In 1977 he began selling merchandise on a Florida AM radio station. That experience led him to the founding of the Home Shopping Network which has changed the way America buys merchandise.

Title and Source:  Spiritual Bankruptcy (in Secrets of Success) / Cost of Success (in Power to Change)

In 1986, Lowell “Bud” Paxson was reshaping the world of direct marketing as we knew it. Having realized the value of broadcasting as a direct sales medium back in 1977, Paxson had built a successful business around selling merchandise on his Florida radio station. Five years later, he and a partner brought the same concept to television and the Home Shopping Network has been a pillar of cable broadcasting ever since.

Success came with a cost.  But as with all successes, Paxson’s achievements came with a cost. In 1986 alone, he was out of the country 265 days on buying trips. It should come as no surprise that Bud’s long absences started to create a distance between him and his family.

On December 21, Bud arrived home excited about the Christmas vacation he had planned with his family. They would celebrate Christmas at home and then fly to Las Vegas for New Year’s. Sensing the strain his traveling had put on his wife and children, Bud looked forward to the holidays as a time to reconnect with them.

They spent the entire Christmas morning unwrapping a mound of presents. When it was all over, Bud’s wife asked him to join her outside on the patio for a cup of coffee. She needed to talk to him about something.

Shock of a Lifetime

As they stepped outside, Bud says his wife’s words hit like a bolt of lightning out of the clear, blue Florida sky. “I’m leaving you,” she said. And that very day, she gathered up her presents and left Bud for another man. As the truth sank in, Bud simply placed his face in his hands and cried. “I was absolutely and completely bankrupt,” he says. “Yes, I was a millionaire, but my success was worthless.”

When New Year’s rolled around, Bud wanted to stay home, but his children insisted he go with them to Vegas. Bud was amazed at their desire to be with him, because, from his perspective, “All they could see was a pitiful, spiritually bankrupt man, a father who was emotionally shattered.” Nevertheless, Bud conceded to his children’s wishes.

On New Year’s Eve, they went to a Buddy Hackett performance. Bud’s children wanted to usher in the New Year with loud noise and laughter. But all Bud can remember is staring at Buddy Hackett with tears streaming down his cheeks.

Later in the evening, Bud managed to sneak back to his suite. And what a suite! On loan from a friend, Bud figured it must have been the largest and most luxurious suite in Caesar’s Palace. However for Bud, it was the loneliest place in the world. He sat there for hours pondering, what he calls, “worrisome, frightening and unhappy thoughts.”

Hope and Peace for a New Journey

Midway through the night, it struck Bud that there must be a Gideon Bible somewhere in the room. He found one in the bedside table and looked up some verses on how to have peace with God. As he read through these verses and prayed, Bud felt an overwhelming peace rush over him. When it was over, Bud closed the Bible and fell asleep.

“When I woke up, I began my life’s journey anew walking with Christ,” Bud says. Although it took him a long time to get completely back on his feet, eventually, Bud remarried, sold his stake in the Home Shopping Network, and in 1998, launched PAX TV, the national family entertainment network. He credits all of his subsequent business success to his decision to submit his life to God that night.

“A business principle God has taught me is if you ask him to lead you in serving him with your business, job or career, you’ll be successful beyond your wildest dreams. But to do this, you must devote your capital, your profits, your resources and your time to a cause that has been given to you by God. Then look out, because God will help you so you can devote even more of your capital, profit, and time to his purposes.”

Are you feeling materially successful but spiritually bankrupt? Let Jesus help you balance the books. If you don’t know Jesus, we encourage you to pray the following:

Lord Jesus, I want to know You personally. Thank You for dying on the cross for my sins. I open the door of my life and receive You as my Saviour and Lord. Thank You for forgiving my sins and giving me eternal life. Take control of my life. Make me be the person You want me to be. Amen.

B and D-suite adviser on employer branding and people management.
Founder of LODI Inc. and Co-Founder of Blogwatch.
Mentor and Dad of 2 Gen Z Professionals.