So Young… So Vicious?

Two teenage girls, both 16 years old and non-voters yet, said the most vicious words against Leni Robredo, Vice Presidential candidate. One said she’s a daughter of a whore, the other wished her dead. 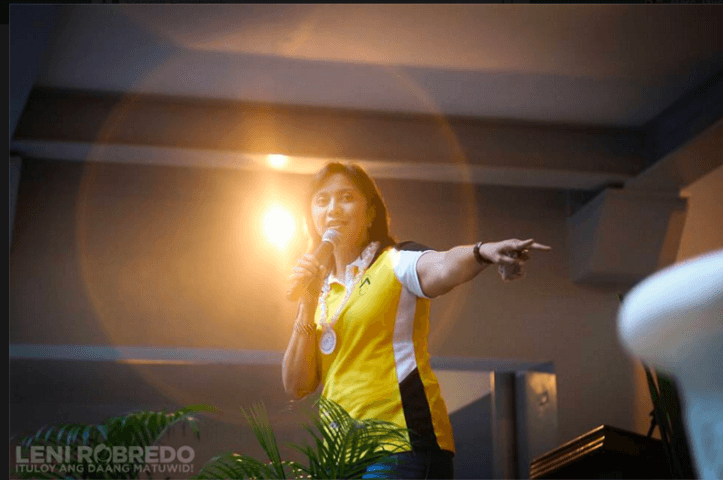 Young people who are engaged in a democratic process is highly commendable.  Being partisan is not also bad, bec. when a winner is declared, losers will have to accept and live with the decision of the plurality– A necessary experience to bring maturity. But what is alarming is how disrespectful these kids are to an adult, at least, based on their now deleted tweets.

The people in my circle thought this is a parenting issue. I partly agree, bec. it’s embarrassing for any parent to be on the centre of attention bec. of their kids folly.  Majority of parents (and no school) will allow an abusive behaviour of kids in their presence. However, kids are also exposed to a different culture, a digital culture that is. At the end of the day, since kids have a free will, they can chose whether to heed the guidance (or lack thereof) of their parents, or the follow the digital culture. I will elaborate on this in a while.

Liked it or not, online and offline culture are miles apart. In the real world, behaviours conform to certain standards. But on the internet, the rule of thumb is censure-less freedom. Abuse is variable, it depends on the community’s reaction.  A vicious behaviour that maybe abusive to one, is not necessarily abusive to others. Thus, a not acceptable behaviour offline can be perfectly acceptable, online. The dynamics differ, depending on the community the kid is in– it can be an SMS clan or social apps like snap chat and  whatsapp. Some online communities subscribed to offline GMRC (good manners and right conduct) but others don’t.

A Clash of Culture

And this is the reason why I believe it’s not entirely the parents fault. No matter how we want to raise our kids to be respectful, and even if we send them to the best and most conservative school, there is another culture that can be out of our (and the schools’) reach. Add to that, there are other determinants that may have caused these kids to be angry, (i.e. the Yolanda incident and the politics that marred the relief operations may have affected the other girl).

I think what happened on this bashing incident is a clash of two cultures–  Since bashing is normal in the digital culture, maybe these girls just wrote their thoughts the way they’re used to in online communities, but since these issue is national in nature, their behaviour crossed over the offline realm resulting to strong disapproval of the vicious behaviour, and an embarrassment to their parents, and their school.

Most of my friends also thought that the girl who came forward to apologise with her father is more sincere than the daughter of high profile individuals. I think however, parents of both girls were sincere in their apology (no parent would want to be at the center of embarrassment). But the handling of the girl who came forward was done wisely, bec. she was made to face the consequences of her action. Thanks to the intervention of the school.

The digital culture is a strong influencer to kids, while we cannot shield them completely, we can delay the exposure. Likewise, it will do well if parents can inculcate Cyber Wellness before kids (1) are given gadgets, (2) allowed to play online games and (3) allowed to have social media accounts.

Likewise, because of the Anti-Bullying Law and Child Protection Policy of DepEd, and the recent Supreme Court ruling involving St. Therese students, parents and schools are given shared responsibility to raise responsible digital citizens. This incident should trigger closer collaboration of the two, to raise a more responsible young people.

What do you think can be done to make young people respectful online?

This post is a good reminder especially for parents. We cannot control our young family members but we can be at least a GOOD influence to them and explain to them that TECHNOLOGY has it’s bad sign as well.

I think parental guidance should really be big part of a child’s upbringing. The same etiquette you follow in the real world, you should also follow online. God, I hope I can do good on guiding my own children.