The content of a leaked email from Elon Musk about productivity is “currently” circulating both on LinkedIn and Facebook.

But did you know that every time an Elon email is leaked, the ending is always his 6 Insane Rules on Productivity? And the email in question is said to be intended for Tesla employees, but some have linked it to Twitter employees without providing evidence. And every time an email leak happens, social media users went berserk on sharing this.

Thanks to Dr. Mehdi Soodi’s viral post which was being referred to as the source of this on LinkedIn.

He did not cite a reference, but the exact same text of his post can be found on a tweet by @LiamKircher approximately 10 days earlier. 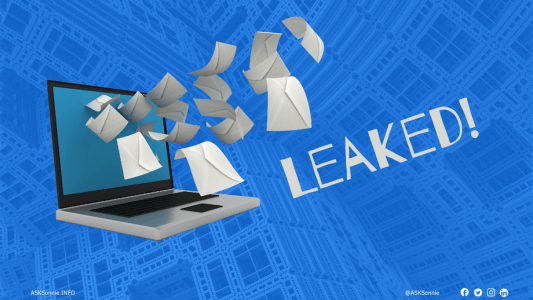 Before going thru the deets of Elon’s 6 insane productivity rules, I’d like to share my observation that (1) despite the lack of reference of the referred viral post, it went viral, (2) those who shared Dr. Soodi’s post did not follow his request to use the “share button”, instead opting to copy and paste.  And (3) It looks like the glitz and glam of going viral outpace critical thinking and professional courtesy.

I’ll leave it at that for now; I may make a separate post or reel about this in the future.

Going back to the email’s content, given the negative attention Elon Musk is receiving from the mainstream media and Twitter users for the hostile takeover, this could be a deliberate strategy of his PR team to balance public opinion. Besides, Elon has a history of emails being leaked to the media since 2008, and we are reaching a situation likened to the story of the boy who cried wolf.

If this is not a paid intervention though, then Elon Musk also has a strong following that drives organic discourses.

But, regardless of the motivation and manner in which the content became viral, Elon Musk’s productivity framework is worth looking at.

– Excessive meetings are the blight of big companies and almost always get worse over time. Please get off all
large meetings, unless you’re certain they are providing value to the whole audience, in which case keep them
very short.

– Also get rid of frequent meetings, unless you are dealing with an extremely urgent matter. Meeting frequency
should drop rapidly once the urgent matter is resolved.

– Walk out of a meeting or drop off a call as soon as it is obvious you aren’t adding value. It is not rude to
leave, it is rude to make someone stay and waste their time.

– Don’t use acronyms or nonsense words for objects, software, or processes at Tesla. In general,
anything that requires an explanation inhibits communication. We don’t want people to have to memorize a glossary
just to function at Tesla.

– Communication should travel via the shortest path necessary to get the job done, not through the
“chain of command”. Any manager who attempts to enforce chain of command communication will soon find themselves
working elsewhere.

– In general, always pick common sense as your guide. If following a “company rule” is obviously ridiculous
in a particular situation, such that it would make for a great Dilbert cartoon, then the rule should change.

If there is something you think should be done to make Tesla execute better or allow you to look forward to
coming to work more (same thing in the long term), please send a note to [redacted]

Thanks for being such a kickass team and accomplishing miracles every day. It matters. We are burning the
midnight oil to burn the midnight oil.