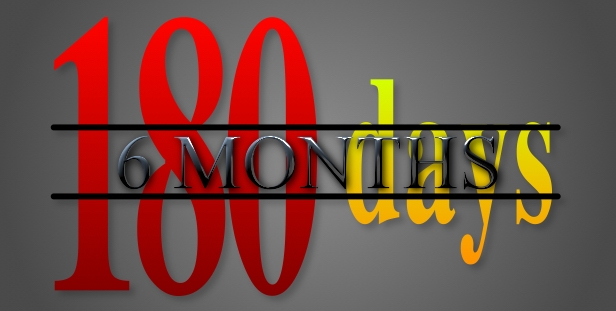 ART. 281 of PH labor code says Probationary employment shall not exceed six (6) months from the date the employee started working, unless it is covered by an apprenticeship agreement stipulating a longer period.

From above, it’s quite clear “when” proby period starts, but as to when this period ends, this is where a few confusion lies.

So what should be the right interpretation?

Art. 13–When the laws speak of years, months, days or nights, it shall be understood that years are of three hundred sixty-five days each; months, of thirty days; days, of twenty-four hours; and nights from sunset to sunrise. If months are designated by their name, they shall be computed by the number of days which they respectively have. In computing a period, the first day shall be excluded, and the last day included.

“Year” shall be understood to be twelve calendar months; “month” of thirty days, unless it refers to a specific calendar month in which case it shall be computed according to the number of days the specific month contains; “day,” to a day of twenty-four hours; and “night,” from sunset to sunrise

Employee was under proby employment w/c started on May 27, 1996. He was terminated on Nov. 26, 1996. Employee claimed he was illegally dismissed bec. it was served on his 183rd day of employment, or three days after the end of his probationary period of six months.SC ruled that the probationary period of months is equal to 180 days. In computing a period, the first day shall be excluded and the last day included. With that, the SC concluded that the 180 days started on May 27, 1996 and ended on Nov. 23, 1996. And employee was already a regular employee at the time of his dismissal.

Since this appears to be the latest jurisprudence, this can serve as guide.

In consideration of the above, it’ll be prudent  to use 180-day interpretation of probationary period just to be safe

Disclaimer: The articles found on this blog does not constitute legal advice, and engagement/discussion does not signify a professional-client relationship. Likewise, subsequent court and administrative rulings, or changes to, or repeal of, laws, rules, and regulations may have rendered the whole or part of this article inaccurate or obsolete.

So what is it then? I’m getting mixed answers not only from this page but several others quoting jurisprudences. Previous company follows 180 days but current is exact 6 months. I wanted to follow the former but I need something fixed as a reference of this ruling. Can you help pls?

This blog already gave its recommendation. The contract should stipulate the exact date of regularization, and it should not be more than 180 days.

the only exception where in the number of absences will not be counted and will be extended is (1) If prolonged absences is due to sickness, and (2) if employee will request for extension of proby (and approved by management) to compensate for the man-hour loss and to pass the standard.