T Mentoring is our term to describe the relationships in our (#HRMentoring) community.

It’s been a long while since I wrote about my personal journey,  I guess the last time I did this was in 2006 or 2007. But after a year of running the HR 1.0 Mentoring Program with mentors and alumni, there are  realizations and lessons, like the T Mentoring relationships, that are too good to be kept to myself, thus, this blog entry.

I will be writing at least 3 posts in this mini series, I will share personal lessons, learnings that I picked-up from observing the dynamics of the alumni, and lessons I learned and observed from fellow mentors.

During the ‘I Am HR’ Conference, I received two feedbacks that I tried ‘not’ to take seriously, but after thinking about it, what we, in the HR Mentoring community, have accomplished is no simple feat.

A good friend, while waiting for the conference to start, was discussing with his staff that what this community stands for is ‘disruptive’. He explained that all the people working behind the conference are all volunteers, he further said that in a professional group where he seats as board member, they can’t expect their members to volunteer for their event.

And after the conference, one of the sponsors insisted to meet me, according the power puff volunteers (as we fondly call the PUP students) who were looking for me. They said the sponsor was impressed that the conference was managed by volunteers, and this is only possible because of the leader (of course, I’m aware that the sponsor is trying to pull my leg), but I politely told them that we are united behind a purpose, not on personality. 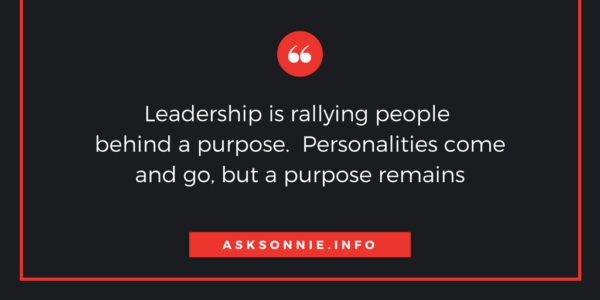 Mentoring has evolved, and technology has become the anchor to its implementation,  even Facebook added a feature in Facebook groups, where an admin can connect a mentee applicant to a potential mentor.

But in the evolution process, the original concept was somehow lost.

According to this article, “a mentor is an experienced and trusted guide, who leads by example and provides “personalized” attention to help people discover their own unconscious competencies.”

It traces it’s origin from Greek mythology- A man named “Mentor” was entrusted to watch over a son of a king. “Men” in Greek means “one who thinks” and “tor” is a loose translation of taking children on a “tour.”

Technology made it easy to connect and communicate, but when used mainly for mentoring, it can dilute its real value.

For example,  I’ve been running this blog since 2005 and managing online communities since yahoo groups days. People can ask me questions anytime– some revealed themselves, others remained anonymous. Social media prophets trumpeted this as win for social media, but honestly, ‘online mentoring’ also promoted a culture of one stop online shop, where people come and go. Most of those who reached out to me remained strangers, and I have no way to validate if I was able to help meaningfully.

(1) It made people lazy. Instead of doing research first, some opt to ask questions and expect answers to be given in a silver platter.

(2) It exposes the inefficiency of HR (or the bosses of the HR staff) to train and guide their staff in particular, and employees in general. Employees were asking Qs to us instead of their HR, and young HR practitioners seeking our guidance instead of their bosses.

In this series, I will discuss the importance of going back to the original concept of mentoring, where relationship is a strong factor to its success.

For reference, we will use “T Mentoring” to describe the relationships that exists in our community

Let me share this story to explain what vertical relationship is.

The Tale of the Two Mentees

There are two individuals who are already chatting or engaging me in Facebook as early as 2016, but no thanks to the many inquiries I received online, they remained strangers, until last year and this year.

The 1st one approached me and introduced himself as the one who is chatting with me on several issues (which I can’t recall at that time), this person is a volunteer since batch 2.

The other one attempted to enroll in 1st batch but was only accepted this year. After finishing top 7, the person volunteered to help the program.

If you are immersed into people development, you can spot people with high potential easily. And when you find one, you will be drawn to them.  The moment I connected the dots and recognized the potential of these peeps, I decided to get involve and be part of their over-all growth.

Though my journey with them is not yet over, I find it fulfilling to see their progress and growth, one step at a time. One does it with grace and class, but the other one, because of aggressiveness, some lessons are learned the hard way.

I will leave it to them if they wish to share their story. My preference though is only to share when necessary, and done not in a bragging manner.

The key takeaways on my story is to bring into light how a vertical relationship in T Mentoring can happen:

(1) Participants reached out-  Thanks to technology, they’re able to do it online.

(2) Participants pressed forward– From online, they exerted an extra effort by immersing in on-ground mentoring event.  This is where I figured out that we have been engaging albeit casually online, and I got to recognize their potential first hand.

(3)  The mentor chose to invest more time – a meaningful mentoring journey can happen if a mentor will equally commit to find time to create opportunities, guide and monitor the progress of the mentee.

In the same story, please note that the vertical relationship of T Mentoring has 3 levels

(1) Casual– this is the usual Q & A engagement in chat, Facebook groups and forums.

(2) Professional– engagement is within the bounds of the formal mentoring program, both inside and outside the class.

(3) I can’t find a word to describe the 3rd level. To say that it is a professional relationship is an understatement, but to say it is a personal one is not accurate too.

The 3rd level of this vertical relationship is closer to the original design of mentoring.

Mentoring, according to  F. John Re, is a “long-term” relationship focused on supporting the growth and development of the mentee. The mentor becomes a source of wisdom, teaching, and support, but not someone who observes and advises on specific actions or behavioral changes in daily work

Coaching typically involves a relationship of “finite” duration, with a focus on strengthening or eliminating specific behaviors in the here and now. Coaches help professionals correct behaviors that detract from their performance or strengthen those that support stronger performance around a given set of activities.

We have plenty of beautiful vertical relationship stories to tell, both mine and the other mentors, but the one I shared is enough to get the message across. We will share more in a book that we are planning to publish, hopefully we can release on our 2nd anniversary.

On my next post, I will be discussing the  reverse vertical part of the T Mentoring Relationships.