Which Freedom are you Celebrating?

by Sonnie | Salt and Light

It’s Easter once again, culminating the Lenten observation in Christian communities around the world. In PH, because there is FREEDOM of religion, this, and the other important days of   major faiths are accorded appropriate holidays. This freedom guaranteed Filipinos to believe in any faith, including the choice not to believe in religion. In fact, there are groups of free thinkers amongst us who believed in “freedom from religion” because religion is a major cause of prejudice, discrimination, and to some extent violence.


There is a difference, though, between the two freedoms, the first freedom (of religion)– people have the liberty to believe and express a faith of their choice. In the process, they may convince others to join their belief or “nonbelief”. In the other freedom (from religion), if my understanding is correct, you are allowed to choose your faith but you cannot express this publicly, lest you offend those with dissenting belief. 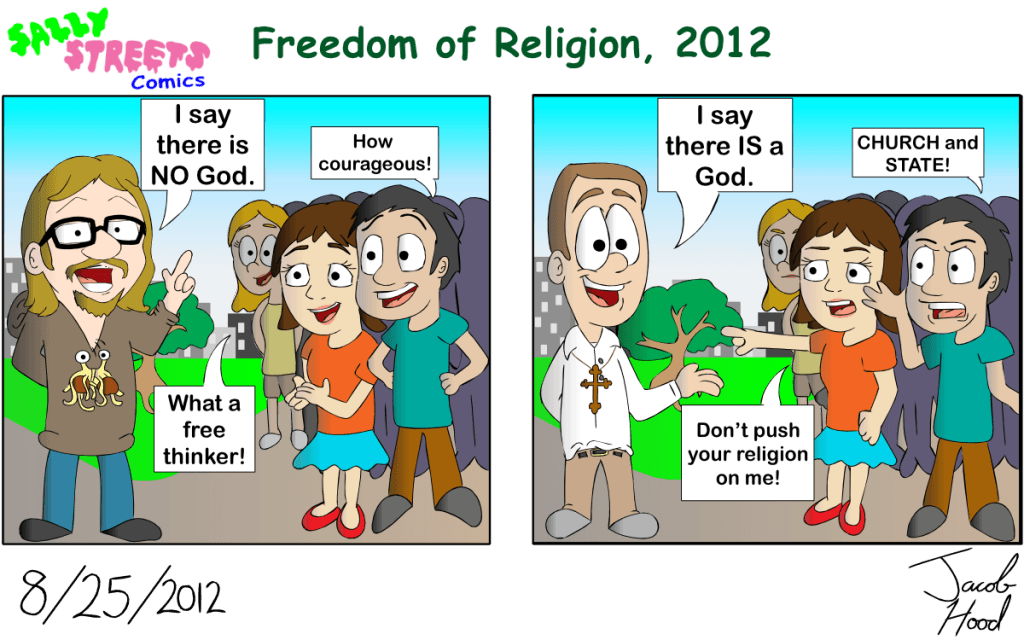 In my opinion, the basic premise of our democratic society is free speech– the ability to express and reason out our belief or non-belief, likewise, giving opportunity for the listeners to exercise his freedom to rebut and choose whether to believe or not.

Now allow me to discuss another freedom that is relevant to Christians. Today, believers all over the world celebrate the resurrection of the Christ. Setting aside the commercialization of the event, what’s in it to those who believe?

Before I throw my two cents, allow me to lay down the framework of my discussion.

Christianity is not magic, but empowerment to make day-to-day decisions that can lead to a transformed life. It starts with a choice and will end with a decision (a good decision leads to good results, but a bad one can also lead to digression).

Christianity is likewise not a license to be woke-like and pass judgment or assert oneself as better than others.

Now, let me go back to my original question, what’s in it to those who believe on Jesus death and resurrection? I will not discuss theology, there’s enough blog or websites on that. In a nutshell, though, l would like to share what’s in it to have freedom in Christ.

While this is available for everyone, the “pacing” of the transformation is still dependent on the person. It’s like a gift that is already given but until the recipient claim, open and use the gift, it’s useless. This is the reason why some who profess to be Christians seem to be slow or not progressing at all

Happy Easter everyone, Jesus is Alive!

Tell that to the millions upon millions of people killed by Christians because people didn’t want to believe in their god.

Thank you for such a good post. I like how you organize your thoughts, its easy to understand. Let’s go for the real freedom!