🏠 ‣ Articles ‣ Spiritual Intelligence ‣ What is the Truth Behind Strong Leadership?


What is the Truth Behind Strong Leadership?

by Sonnie | Salt and Light

Strong leadership is not popular in many societies, because a strong man is associated to dictatorship and abuse. 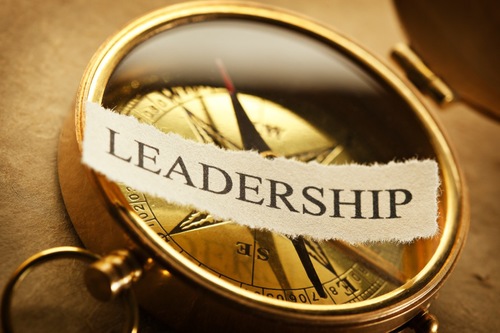 But iron balls leadership has nothing to do with dictatorship and abuse, but more on purpose driven, people centered and responsive leadership.

Allow me to derive the focus on my discussion on the life and works of Jesus, as I learned from my personal quiet time, and teachings from my mentor. Jesus example is anchored on

Jesus knew his purpose of existence- that He will eventually lay down his life for the human race, the highlights of which are:   (1) forgiveness of sin (since blood is required to satisfy the requirement of the law) (2) for physical healing (3) to break the curse of the law (poverty and failure).

In short, a chance of new life is being made available thru the cross, and this served as His leadership framework when making crucial decisions.

Jesus is a type of the ‘pass over lamb’ that the Jews sacrifice annually. The Mosaic law provided the parameters and procedures on how to go about this-  It was required that the lamb should be without blemish and defect, and before a pass over lamb is offered on good Friday, it must be presented publicly for four days, for public scrutiny.

As the lamb of God, Jesus presented himself for public scrutiny- the culmination of his life and works was showcased from palm Sunday to holy Wednesday. He was arrested on Thursday but found clean even by Pilate. So as the lamb of God, He offered himself as a sacrifice on good Friday.

From the time he was arrested, though it appeared that the villains in the story are in control, actually the composure of Jesus during his ordeal is proof that everything that was happening was not a surprise, but  is according to His plan and objectives. Likewse, from the time He was arrested on Thursday, he made sure that the eleven and His core followers will remain steadfast. He was in control.

Sorry for the analogy, but Jesus is man enough to stand in front of His followers and face His accusers. This is in contrast of  political leaders who hide behind people power.

Furthermore, he has the balls to go thru pain and suffering. While crucified, Jesus was offered a drink meant to alleviate His pain, but He refused it. He took the pain and suffering of the human race from past to present (and future), at that very moment.

One of the famous words of Jesus while crucified was “I’m thirsty”.  This is a powerful lesson for would be leaders and should be a stern reminder for those who call themselves leader. Jesus, as a leader, put people’s needs first before His.

This summarizes Jesus style on the last 3 1/2 years of his life on this planet. He only acknowledged and expressed His need, after He attended to the needs of other people.

This is servant leadership at its finest! May His grace continue to help us to be like Him both in our private and  corporate life.

What about you, do you have worth sharing reflections? You can speak your mind by commenting below.

These are great points. It is very true that Christ is the perfect example of a leader, He puts others first and knows their needs. If he hadn’t done that then we don’t have someone to look up to. He is not worried by anything because He trusts the Father’s will.

I didn’t know that Jesus rejected a drink to make his pain go away. He was a true leader and unfortunately there are few of them around today. Although he lived thousands of years ago people are still in awe of how he treated people and that is what today’s leaders should dream about. If only more people today would still look to Jesus for inspiration!