The Keys To Success

Chapter 5 of the book I (undergoing revisions) “WAVE Your Way!”- Keys To Success

Since it’s holy week (in Christian communities), I thought of sharing this because our thought pattern affects behavior  and behavior will determine result, either success or failure.

When I was a kid (circa 70s-80s), I disliked Lenten season because radio and TV were off the air (no cable TV or Netflix yet) and the choices of food are limited to veggies and dried fish. Likewise, it created an impression in my noob mind that during this week, (1) people must be sad  (2) Likewise, staying in the house is a must, specially from Friday 3 PM to Saturday because the grannies believed God is “dead” and the risk for accident is higher, and (3) people need to act holy, anyway, they got the rest of the year to live like the devil.

I asked myself then, ‘why God has to die every year?’ As a child, I looked forward to Easter Sunday because life returns to normal. In the course of time, I realized that holy week or Lenten is about the keys to success that Jesus gave thru His life and works. Religion and tradition blurred these truths, and it succeeded in preventing us from understanding the value of the season. 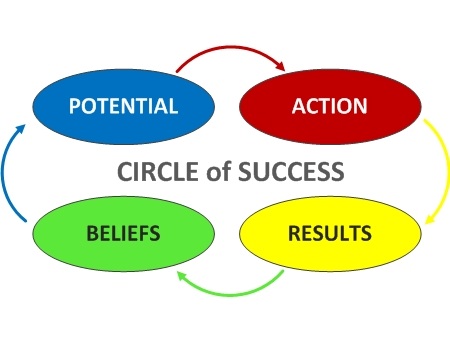 At the age of 12, and young as he is, Jesus was already aware of His ‘destiny’. Remember the story when he was left at the temple? Though he is still 18-21 years away from the completion of his call, he already knew what he is supposed to be doing. His connection with God the Father made it possible for him to understand his future.

When fulfilling his purpose, several ‘diversions’ came along the way. But Jesus remained focus to his objective. Below are examples recorded in the Bible

Diversion 1: JESUS is King and will soon be the political head of Israel. But this will not take place any time soon (it may not even happen in our lifetime); His first and immediate goal is to bring salvation to the Jews and the rest of human race. So when Satan offered him kingdom during His 40 day fast, Jesus was not affected.

Diversion 2:  After JESUS fed a large crowd, the free food tickle the mind of the Jews then, and they wanted to proclaim Him king by force and declare independence from Rome. But Jesus did not allow this to sidetracked him from his real goal.

If you think JESUS was never afraid, well think again. Remember His prayer at Gethsemane? He asked the Father, if possible, He will not go through the ordeal. He was so afraid that His sweats are like drops of blood. The movie produced by Mel Gibson, “The Passion” appropriately illustrated the emotions of Jesus during that time.

Keys To Success (Key2): The Cross

Let me close this post with a story that I received through email, but the original writer is not identified:

Scientists at the Woods Hole Oceanographic Institute did the following study:

It’s a widely known fact that Barracuda love to eat mullet. Scientists put a barracuda into an aquarium, added a glass partition in the middle and then put a mullet in the other side. Not believing his good luck the barracuda circled a few times, gathered up speed and launched directly at his lunch – the poor unsuspecting mullet. Wham! Bam! Full throttle into the glass partition.

In fact, the hapless barracuda slowly died of starvation while the lucky mullet swam about in safety just a few inches away!

Many of us are like that barracuda – hurt, bruised and wounded from many previous collisions with life. We’ve given up; our lives have become unproductive, lifeless, and hopeless, without goal, purpose or meaning.

Around and around we go, going nowhere… silently, starving to death… while just a few millimeters away there is a prize to be collected, a blessing to be claimed, a job waiting, a relationship to begin, an education to be gained, earnings to collect.

Jesus gave us the keys to success- (1) His life as an example and (2) the message of the cross. Because of the failure of the 1st men, life may not have been too kind to us, like the barracuda, we’re wounded on the painful collisions. But the cross removed the cause of pain- the glass partition on the barracuda, and the failure of Adam, in our case. We now have access to our mullet!

The keys are available for everyone, it’s up to us get it, and go for our mullet.

It makes me wonder if your argument is theologically sound. But it is your belief, your call.

But if your premise is true, then there should be several millions of people in the world who should be enjoying good life because of the their belief in Jesus. Anyways, they’re supposed to have the keys to their success

there is difference in “believing in God” and “believing God”. The latter power releasing faith.

Today is Good Friday, thank you for this post.

You’re correct, mostly tradition (partly religion) has blurred the truth of what Jesus accomplished on the cross.

The cross is where we are given 2nd chance to change our life, and given us lift to succeed in what we do.

The curse of sickness, poverty and separation from God has been lifted.

What I believed was missed on the observation of Lenten is the ability given to us to succeed in the endeavors we do, be it business or career. Jesus made this possible.

Something leveled up the moment we believe on what Jesus did on this period. Theologians call this the gospel lift.

Recognizing this, plus taking into account the different spiritual laws, can help us have a better future.